Yesterday it was 62 degrees F and sunny in Ohio, and my girls were out and about. I didn’t harvest any of their honey last fall, and I was wondering whether a diet of honey versus sugar syrup would make a difference in their appearance and behavior.

It did! The girls were looking sleek and frisky. While it’s been a mild winter here, I don’t remember them ever looking this good this early in the season.  There were even some baby bees toddling around on the front porch of the hive.

Kim Flottum and Michael Bush both maintain that bees fed on honey and pollen are healthier and more disease resistant than bees fed sugar syrup.  My bees are living proof of that.

One of my goals in writing this blog is to convince gardeners that they can keep bees in their gardens without having to harvest honey every year.  Or even open the hive.

They can just let their bees be bees. I guarantee the bees will be better for it.

The Hive at the Bottom of the Garden

I will discuss the pros and cons of each of them, but first here is a lovely video on English gardening in Chicago, my home away from home.

Prior to the Industrial Revolution, most bee hives in North America and Europe were simple shelters for the bees.  Skeps, log gums and box hives were common types of hives.

Bees attached their wax combs to the hive’s roof and walls, just like they do  in wild hives.  These types of hives are called fixed-comb hives.

Box hives were simple shelters to house a swarm of bees.

Skeps were made from grass straw, and often had sticks inside to provide support for the honey combs.  Beekeepers inspected skep hives from the bottom.

Log gums were made from hollow logs, fitted with a roof.

Sometimes a box or container was added on top of a log gum or box hive for the bees to store honey.

It was hard to get honey from these hives without damaging or destroying the bee colony.  Usually, after harvesting, the beekeeper simply started all over again with a new hive.

During the Industrial Revolution, beekeepers came up with  clever designs that discouraged  queens from laying eggs in some parts of the hive, so honey could be harvested without damaging the colony.  These beekeepers knew that queens tended not to lay eggs in more than one area in the hive, so they made side and top compartments with passageways for the bees.

The hives shown here have a place for the brood nest in the center, and places for honey storage on the sides.  This is a kind of queen excluder that relied on the behavior of bees instead of a physical barrier.  Today, we know that pheromones influence organization within a bee hive

Some skeps and box hives from the 1800’s also had a second container, or “super” for the bees to store honey such as the one on the left.

The “Nutt Collateral Hive” at right is a particularly fancy hive that used the concept of a pheromone-based queen excluder.  The use of supers and separate honey compartments allowed the beekeeper to remove honey without destroying the colony.

In these hives, it was hard to know when the bees had a problem with disease, or when they became queenless or were starving.  The beekeeper could not inspect each comb to see what was wrong.

Fixed-comb hives like the ones above were popular until the 1850’s, and yielded 10-15 pounds per colony each year, according to Root’s ABC book from 1895.  Of course, many things have helped increase honey yields since then, including the Italian bee.

It was long known that bees liked to build their honey combs about 1 and 3/8 inches apart.  Honey comb is about one inch wide, so this left a 3/8 inch passageway between the combs.

Some beekeepers built hives that forced the bees to build combs along “top bars” that were spaced about 1 and 3/8 inches apart.  Top bars allowed the beekeeper to carefully remove combs for inspection without damaging them.  These are called movable comb hives.  This hive from Greece in the 1600’s (right) uses this concept.

Many movable comb hive inventions used “frames” for the bees to build their combs inside.

The Leaf Hive, invented in Switzerland in 1789 by Francis Huber, was a fully movable frame hive.  The combs in this hive were examined like pages in a book.  A.I. Root and E.R. Root credit Huber with inventing the first moJvable frame hive.

Huber’s contribution was also acknowledged by Lorenzo Langstroth, inventor of the hive style that is most commonly used today:

“The use of the Huber hive had satisfied me, that with proper precautions the combs might be removed without enraging the bees, and that these insects were capable of being tamed to a surprising degree.  Without knowledge of these facts, I should have regarded a hive permitting the removal of the combs, as quite too dangerous for practical use.”
– L.L. Langstroth in Langstroth on the Honey-Bee, 1860.

The end of summer… 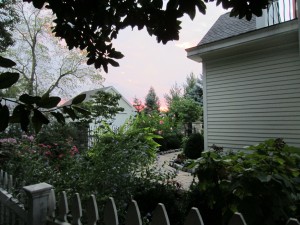 Before I launch into the topic of selecting a beautiful hive (or beautifying the ones you already have), I want to emphasize the fact that beekeeping doesn’t have to be difficult.

In fact, I personally think it’s better when you let the bees be bees. It’s certainly more fun!!

The multi-talented Bee Guru Michael Bush wrote a wonderful piece on The Tao of Beekeeping.  I don’t do everything he recommends, but I do a lot.

This past fall, I let my bees keep their honey.  I was busy writing my novel (not about bees) and it was easier for all of us.

Beekeeping can be beautiful, and it doesn’t have to make you crazy. It’s not supposed to.

Italian honey bees were brought to the U.S. in 1859. They quickly became the favored bee stock in this country and remain so to this day. Known for their extended periods of brood rearing, Italian bees can build colony populations in the spring and maintain them for the entire summer.

They are excellent honey producers. They also are very lightly colored, ranging from a light leather hue to an almost lemon yellow, a trait that is highly coveted by many beekeepers for its aesthetic appeal.

Despite their popularity, Italian bees have some drawbacks. First, because of their prolonged brood rearing, they may consume surplus honey in the hive if supers (removable upper sections where honey is stored) are not removed immediately after the honey flow stops. Second, they are notorious kleptoparasites and frequently rob the honey stores of weaker or dead neighboring colonies.

One of my beekeeping friends calls them the “racy Italian sports car” of bees. 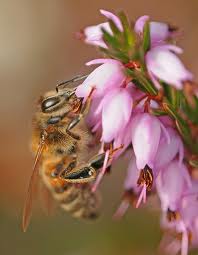 The Buckfast Bee is a hybrid developed at Buckfast Abbey in Devon by the late Brother Adam, a Benedictine monk.

In the early part of the twentieth century, bee colonies in the UK were being decimated by a parasitic disease.  Brother Adam collected pure strains of bees from around the world to create what would eventually be called the Buckfast Bee.

Brother Adam at the Buckfast Abbey

I have been keeping Buckfast Bees for many years, and I have always been happy with their performance.  They are gentle and beautiful. They winter well.

If you live in in a temperate area north of the equator, and you want to start beekeeping this year, now is the time to order your bees.  If you wait until Spring, many of the suppliers will be sold out for 2012. Bees ordered now will be delivered at the appropriate time in the Spring.

As of today, most of the U.S. suppliers I checked still had packages of bees available.  I ordered a package of Carniolan bees for one of  my new rooftop hives.  I have Buckfast bees in my back garden.  I plan on ordering a package of Italian bees for my front garden. 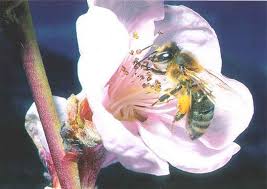 Today, I’ll talk a bit about Carniolan bees.  Which is, of course, the type of bee Fortnum’s keeps!

Carniolan bees come from the Italian Alps.  They are popular with beekeepers because they are resistant to pests and disease, and they are good honey producers. They are a darker brown color, not golden like Italian bees or Buckfast bees.

There are lots of things to like about Carniolan bees. Among other things they have a rapid buildup in early spring, even before flowers bloom. They are very gentle and survive well in the winter.  They are particularly good bees for urban beekeeping.

As my readers know, I love everything about Fortnum & Mason’s bees! This is a marvelous video, and it may give you some ideas about how to beautify your own hives.  I’m thinking about painting mine Fortnum’s trademark colour eau de nile.