Remember, remember the Fifth of November,
the Gunpowder Treason and Plot,

I see no reason why Gunpowder Treason should ever be forgot.
Guy Fawkes, t’was his intent to blow up King and Parliament.

Three score barrels were laid below to prove old England’s overthrow;
By God’s mercy he was catch’d with a dark lantern and lighted match.

Nov. 5 is a British holiday dedicated to the brutal killing of Guy Fawkes, but its fame has spread worldwide. Activist groups have taken up the spirit of Fawkes’ 17th century fight and have applied it to what they call modern-day injustices by large organizations.

David Lloyd and Alan Moore created V for Vendetta, a graphic novel that featured a vigilante superhero who wore a mask with a caricature of Fawkes. A 2006 movie by the same name was set in futuristic England.

Fawkes is also the name of the heroic Phoenix in the Harry Potter series. 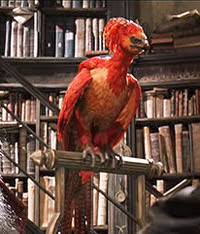 The story behind the real man behind the mask begins in the 1500s, when Elizabeth I began persecuting the Catholic minority by instituting severe civil penalties for the practice of their religion. In the 1500s, English people could be executed for being a Catholic priest – or for housing one.

Along came Fawkes, a converted Catholic, who took arms against the Church of England and the throne, fighting back against the religious persecution. He joined a rebel group led by  Robert Catesby, who planned to assassinate King James I and restore a Catholic monarch to the throne.

“Catesby had formulated the idea of placing gunpowder under the Houses of Parliament and eliminating the royal family and the English ruling class in a large explosion when Parliament opened,” said James Sharpe, a professor at the University of York, England.

On the night of Nov. 5, 1605, Fawkes was discovered with a stock of gun powder after an anonymous tip led to a search of parliament. Fawkes was tortured until he named his co-conspirators, who were arrested and publicly hanged, drawn and quartered.

Over the years, Guy Fawkes Day has evolved in England to include fireworks, bonfires and the hanging of Fawkes’ effigy.

But was Fawkes a hero or a villain?  Robin Hood or the Sheriff of Nottingham?

Just call me C for Confused…