One of my very favorite Amazing Girls is Boadicea, the first woman to hold the title of Queen of England.

Boadicea was Queen of the indigenous Celtic Iceni tribe in first century England .

Boadicea (also spelled Boudicca or Boudica) was born into a royal family around 26 A.D. She married Prasutagus, king of the Iceni, a tribe located in what is now Norfolk, England. Prasutagus ruled under the auspices of the occupying Romans, who had probably put him on the throne in return for his assistance when they invaded England in 43 A. D.

Upon Prasutagus’s death around the year 59, the kingdom passed into the hands of the Romans. The king had hoped the Romans would allow his two teenage daughters to keep half of his property, but instead the Romans took over completely. When Boadicea complained, she was publicly flogged and forced to watch as her daughters were raped.

Infuriated, Queen Boadicea — described by one Roman historian as a tall, terrifying-looking woman with fierce eyes, a harsh voice, and very long red hair — became the leader of a violent uprising against Roman rule.

Leading a swarming army of angry tribes folk she swept into London, torched its buildings, and slaughtered in the region of 70,000 Romano-Londoners.

To this day, about 18 feet below the current street level there is a level of red ash, known to archaeologists as the Boadicea layer.

The Romans brutally put down the rebellion with their superior numbers and weapons  in a ferocious battle (the exact site of which is uncertain). According to one account, Boadicea then killed herself with poison so she would not fall into Roman hands. Boadicea’s name means “victorious,” or Victoria, and in Victorian times she came to be viewed as a heroic symbol of Britain. 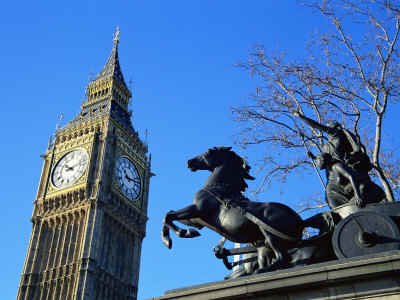 Boadicea’s rebellion was a crucial moment in early British history. Her confederacy of Briton tribes had taken the placid Roman occupiers by surprise; they had assumed that the Celtic “barbarians” were far too disorganized to mount any insurrection. As a result, the Roman officials lessened some of the onerous demands of their colonial rule, including a fairer system of taxation.