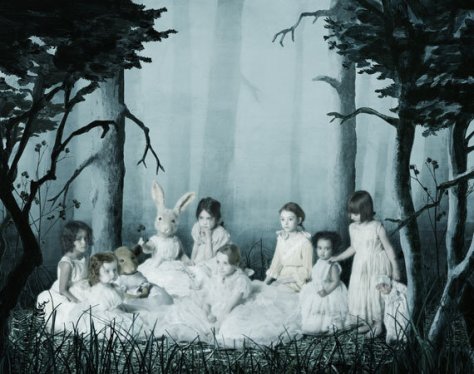 Although it is not widely known in modern times, the Winter Solstice has long been associated with ghosts and spirits both in Pagan as well as Christian Traditions. Beginning the first of December, there are spirits behind every door and in every closet as well as dancing in the flames of candles and hearth-fires.

We are all familiar with Charles Dickens’ A Christmas Carol, but we sometimes forget that it’s a ghost story, first and foremost.  Dickens likely got his some of his inspiration from the Celtic mysticism & mythology associated with the Winter Solstice (21 December).

This festival of the Winter Solstice – called Alban Arthuan in Druidic traditions – has long been thought of as a time of death & rebirth when Nature’s innate powers and our own souls are renewed. This event – which marks the moment in the spiral of earthen time when the Old Sun dies (at dusk on the 21st of December) and when the Sun of the New Year is born (at dawn on the 22nd of December) – frames the longest night of the year. The birth of New Sun is thought to revivify the aura of the Earth in mystical ways, giving a new ‘lease on life’ to spirits and souls of the dead.

As such, Yule is probably the second most haunted time of the year, Samhain or Halloween being the first. The haunting begins in early December, as if in anticipation of the rebirth of the Sun’s powers. Spirits become more animated in the days leading up to Alban Arthuan (from the 6th to the 20th of December).

Who are the spirits and what is the ‘modus operandi’ of the ghosts that come to our abodes and haunt the landscapes of our inner and outer worlds at this mysterious time of the year?

This haunting is not of the same character as that which happens during the Season of Samhain; i.e., it is not a general ‘walking of the dead’ or even a general return of any and all ancestors & relatives, friends & lovers from beyond the veil. The spirits that come out during the Yule are often connected in one way or another to the main poetic theme of the death & rebirth of the Sun.

One recurrent spectral visitor is The Wandering Stranger, also called the “Mysterious Stranger” and “The Unexpected Guest.” This spirit is a manifestation of ‘need’ in the world. It usually comes to haunt us in the guise of a hard-working middle-aged man or woman not quite in great health, perhaps, as some difficulty has overtaken them in life.

To dream of encountering the Wandering Stranger out of doors, perhaps along an open road, is said to signify that someone needs shelter. One response to this visitation is to do something toward the sheltering of homeless people in your area. To dream of the Wandering Stranger coming to your door may signify that you need to engage more heartily in acts of hospitality (perhaps by hosting a meal) as the Yuletide unfolds.

In ancient Celtic times it was said that gods & goddesses would visit mortals at crucial crossroads of the year. One of the Faeryfolk might also come to visit mortals unawares, as might the local chieftain, a Druid or a Gwrach (“wise woman”; the counterpart of a Druid). To be so visited was to be honored, and so it was thought that one must be ready, at all times – according to Celtic codes of hospitality – to receive guests at one’s door, whether lowly or grand.

When at home at night during the Yule (13 – 25 December), listen for strange knocks at the door; especially during storms or windy weather. The door-latch may rattle, and you think you hear a voice – not a threatening one; perhaps just a murmur or a word – but when you go to the door, there is no one there! In Celtic mysticism this is said to indicate the coming of the Mysterious Stranger. If it happens twice or thrice, you might invite the invisible presence into your abode, saying, “May the gods who sent you come and bless this hearth!” Sometimes a kind of strange ‘rapping’ may be heard at a windowpane on dark Yuletide nights. If you hear it – especially at a window above ground level – throw open the sash and allow the night air to flood briefly into your room. Say as you do so, “May the Mysterious Stranger come in and warm herself/himself at our hearth.”

If you are out walking along a lone and rustic road or wood path at any time during the Yule – but especially at dusk or dawn – keep your eyes open for any sign of a strange visage or ‘ghost’ as you go along your chosen course, as the Mysterious Stranger is wont to appear briefly to travelers during the Yule, awakening them to supernatural possibilities in the mundane rounds of daily life. The Stranger sometimes comes and appears, just briefly, along a path or road you are taking, perhaps standing by a tall Oak or Willow. Yet when you turn to look, there is no one there! If this happens, say, “Hail, Mysterious One, I bless your journey; prosper mine in return.” The appearance of the Mysterious Stranger is thought to signify the presence of divine beings (e.g., gods & goddesses) in your vicinity. By hailing the Stranger, you may address deities in their nearness without danger of affronting them.

All during the Yuletide Season, a ‘spirit’ is growing; an aura of magic and mystery, that crescendos on the 21st of December and then maintains a climactic intensity until after midnight on 24 December; the night called Matrum Noctem (“The Night of the Great Mother”). This “spirit” is collectively called the Spirit of Yule; a term that applies to the particular anima loci of this sacred time of the earthen year. “The Spirit of Yule” is a metaphor for the Presence of Mystery among us – or perhaps a symbol of the essence of the Universe itself – becoming present to us in our devout earthen sojourns near the Hearth and the Yule Tree as the Old Sun’s powers wane.

A rush of spiritual energy is released at the birth of New Sun at dawn on the 22nd of December, as a result of which it is believed spirits & ghosts become much more active for the next few days, appearing to mortals more frequently than they did before Alban Arthuan . It is during these days that the ghosts of relatives and ancestors, lovers and friends usually come visiting. Then – beginning on the 26th of December – all of these discarnates will begin to grow quiet and then depart, going back beyond the veil.

The ancient Celtic calendar follows the agricultural year more closely than our modern calendar. This is especially true for the beekeeper.

It “officially” becomes Winter on December 21st by the standard Western calendar, but in the ancient Celtic calendar, it begins a lot earlier.  On November 1st, Celtic winter begins with  the season of  Samhain (pronounced SOW-in).  The beginning of Samhain is traditionally celebrated on October 31st.

The Celtic seasons  are:

Why does the Celtic Winter start so early?

For beekeepers, it means that the queen stops laying and the bees go into their winter cluster with the queen always at the center, huddling together for warmth until Imbolc arrives in February and the queen again becomes active.

For most “believers”, Samhain,  means “End of Summer”, and is the third and final Harvest. The dark winter half of the year commences on this day.

October 31st is one of the two “spirit-nights” each year, the other being Beltain. It is a magical interval when the mundane laws of time and space are temporarily suspended, and the Thin Veil between the worlds is lifted. Communicating with ancestors and departed loved ones is easy at this time, for they journey through this world on their way to the Summerlands.

This was the time that the cattle and other livestock were slaughtered for eating in the ensuing winter months. Any crops still in the field on Samhain were considered taboo, and left as offerings to the Nature spirits.

Bonfires were built, (originally called bone-fires, for after feasting, the bones were thrown in the fire as offerings for healthy and plentiful livestock in the New Year) and stones were marked with peoples names. Then they were thrown into the fire, to be retrieved in the morning.

The condition of the retrieved stone foretold of that person’s fortune in the coming year. Hearth fires were also lit from the village bonfire to ensure unity, and the ashes were spread over the harvested fields to protect and bless the land.

Celebrate the Lifting of the Veil with a Samhain Cocktail. 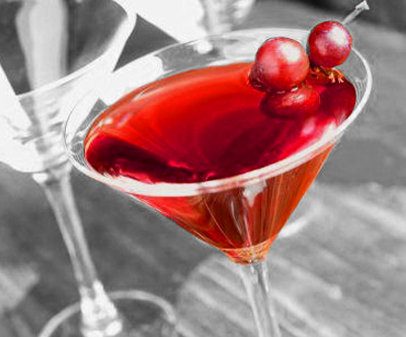 Mix together in a shaker with ice and strain into a martini glass. Garnish with a cranberry.